Tim Lister is a Principal of the Atlantic Systems Guild, Inc., based in the New York office. He divides his time between consulting, teaching, and writing. Tim was the feature interview for IEEE Software’s March/April 1997 issue, had the Point article on Risk Management in the May/June 1997 issue, wrote the Managers’ Column for the May/June 1998 issue, and was co-author “Risk Management During Requirements,” IEEE Software, September/October, 2003.

He is currently working on tailoring software development processes using software risk management techniques. He gave the keynote address on this topic at the Software Management and Measurement Conference in Anaheim in February 2002. He gave the keynote address at the SEI Risk Management Conference in April 1997, and was a guest lecturer on the topic at City University, London in March 1998. He is a member of the Airlie Software Council, a group of industry consultants, advising the DoD on best practices for software development and acquisition. Tim gave a keynote on Risk Management at the Cutter Summit in April 2003. He is a member of the Cutter Business Technology Council.

Tim is co-author with Tom DeMarco of the new book, Waltzing With Bears: Managing Risk on Software Projects

. Peopleware has been a book club selection of the Library of Computer and Information Sciences, and has been translated into seven languages. Tim Lister and Tom DeMarco are also co-editors of Software State-of -the-Art: Selected Papers, a collection of 31 of the best papers on software published in the 1980s (Dorset House, 1990). The two partners have also produced a video entitled Productive Teams, also available through Dorset House.

Tim Lister has over 30 years of professional software development experience. Before the formation of the Atlantic Systems Guild, he worked at Yourdon Inc. from 1975 to 1983. At Yourdon he was an Executive Vice President and Fellow, in charge of all instructor/consultants, the technical content of all courses, and the quality of all consultations. Tim Lister lives in Manhattan. He holds an A.B. from Brown University, and is a member of the I.E.E.E. and the A.C.M. He also serves as a panelist for the American Arbitration Association, arbitrating disputes involving software and software services, and has served as an expert witness in litigation proceedings involving software problems. 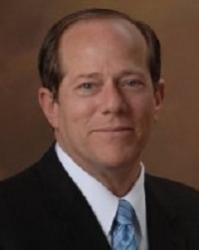 Dean is the Founder and President of the CIO Scholarship Fund.  His first book, CIO Wisdom: Best Practices from Silicon Valley

brought many Silicon Valley CIOs together to promote the fund.  Dean is the CEO and provides leadership and direction to the Office of the CIO®(OCIO), which he founded in 2004.  This influential consultancy and community of CIOs is well known throughout the Silicon Valley and beyond.  Dean has in-depth operational know-how in the IT industry, having been a CIO at four different companies:  Honeywell Aerospace, ATK (Alliant Techsystems), Plantronics, and Masters Institute of Technology.  Additionally, he held the Senior IT Director position at Symantec, and was the Corporate Director of Materials for Honeywell.  He is Certified as a Master Project Manager and also in the Governance of Enterprise IT (CGEIT).  Dean has been a consultant for Ernst & Young, AT&T and the Gartner Group.  His experience is global and as found on the internet, he is considered an expert on more than one topic.  Dean has served as the CEO for VariTRAK Inc., a company that provides compliance software.

As the Founder of the Office of the CIO® Dean has completed many interim CIO and mentoring assignments.  His knowledge of how a company operates, as well as his IT experience make him a valuable asset to CEOs and Boards of Directors.  Dean turns around failed IT departments and significantly improves the overall systems, thereby enhancing a business’ ability to execute.  Currently, Dean is serving as the CIO for Henley-Putnam University (counter-terrorism school) in San Jose, CA and the American Casting Company in Hollister, CA.

Dean speaks internationally and has given keynote presentations for the Adam Smith Society in Moscow, for CIO Magazine in Korea, for the Congress of Progress in Washington DC and for the Imagineering Conference in Florida. During a Hi Tech Economic Mission to Israel, he consulted with former Israeli Prime Minister Ehud Barach.  In January of 2013 Dean will address the Project Management Institute (PMI).  He also serves on the advisory boards of CIO Magazine, Sparta Consulting, uGovernIT, Search CIO, Tech Republic, and SFSU’s Center for Electronic Business, was a co-founder of the Consortium of Information Systems Executives, a member of the Project Management Institute, APICS, the CIO Collective, Silicon Valley’s Community of Practice and is Past President of SIM’s Silicon Valley Chapter. His first book, CIO Wisdom, is a Prentice Hall Best Seller and a sequel, CIO Perspectives was published by Kendall-Hunt.  Dean’s third book, The CIO Body of Knowledge; People, Processes and Technology was published by Wiley & Sons.

Dean has always been of service to his community and his country.  He began his career by completing his Seal Team training in Coronado Island, CA and then serving with the Force Recon Marines.  Dean served as a joint committee chair for the American Cancer and Heart Association, on the Board of the East Bay Clinic, and the Rotary.  Dean is a highly decorated US Naval Officer who did a tour in Viet Nam.

Dean obtained his undergraduate degree from the University of California (UCLA) and his MBA from National University.

Lowell Sando has a multi decade career as a technology and business visionary dating back to his work on the very first reconnaissance satellite application in the world.

In 1978, Lowell founded Diversified Software Systems (DSSI) to provide JCL automation products and services to large data centers worldwide.  Under his leadership, DSSI was profitable for 26 out of 28 years, and achieved year over year growth for 27 out of 28 years.   In 2006, DSSI was acquired by Allen Systems (now ASG Software Systems).  At the time of acquisition, DSSI products were in use at over 1,000 of the worlds 1,500 largest data centers.  Products developed by DSSI such as ASG-Pro/JCL and ASG-Docu/Text are still in use at leading data centers throughout the world.

Prior to founding DSSI, Lowell was systems programming vice president at COMTEN, the leading provider of data communications systems for IBM sites, since acquired by NCR. At COMTEN he led all software development and systems implementation for real time data systems.     Lowell held technical and project management positions at  UNIVAC,  Goddard Space Facility and the Jet Propulsion Laboratory in Pasadena.  At JPL Lowell served as Regional Technology Manager and had responsibility for all Federal Government UNIVAC projects including JPL, Navy, Marines and Air Force projects.

Lowell has a BA in mathematics from HamlineUniversity

Currently Lowell serves as a board member and advisor for several technology companies.